With a view to providing protection to football players during during their matches, Post and Telecommunication Joint Stock Insurance Corporation (PTI) is proud to contribute to their peace of mind and to the development of the local football community. 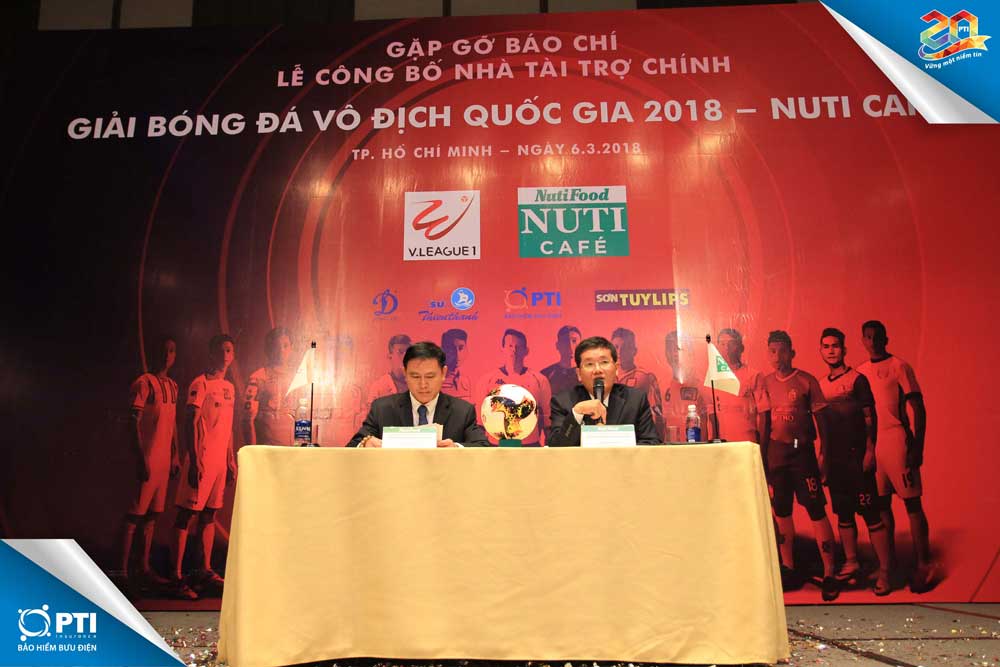 Traumatic injuries are always seen as a “nightmare” for all football players and they not only take way the opportunity to play but also severely affect the career of every player, which is indeed very short. Many players, including Anh Khoa and Le Van Vu, have had their careers ended by injuries. For young players, if unfortunately suffering from serious injuries, in addition to their affected careers, how to finance their treatment is also a real challenge.

Thoroughly knowing the difficulties of football players, PTI joins hands with Vietnam Professional Football Joint Stock Company (VPF) to set their mind at rest while playing football. Accordingly, PTI will provide coverage to 800 people involved in the three major tournaments in 2018 and 2019, including 720 players.

This insurance package is expected to set players’ mind at rest while playing matches. If unfortunately sustaining an injury during training hours and during a match, the injured player may soon recover, return to grass and make great contributions to the development of the local football industry.

Post and Telecommunication Joint Stock Insurance Corporation - PTI is one of the four leading non-life insurers in Vietnam. PTI has just awarded a premium accident insurance package for players and coaches of the U23 football team, with the maximum benefit of up to VND2.3 billion.